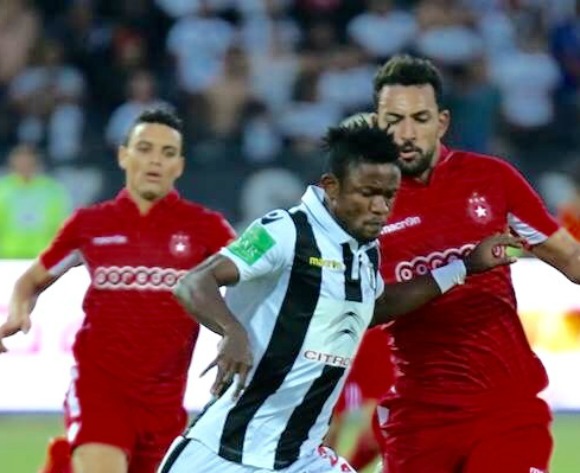 Tunisia-based midfielder Kingsley Sokari has said his immediate targets are to play soon in Europe and also stage a return to the Super Eagles.

The 21-year-old ‘Bobby’ Sokari is only the second Nigeria player to feature for the country’s U20, U23 and full national teams in the same year after Ahmed Musa did so in 2011.

The former Enyimba midfielder blamed his transfer to Tunisia for his shutout from the Super Eagles.

"That is football for you. When you move to an African country to further your career what I am experiencing now is what you get as result,” he said.

But the versatile CS Sfaxien midfielder maintained the league in Tunisia is a lot more professional than what obtains in Nigeria.

"Yes it is better than the Nigeria league because they are professional just like in Europe,” he said.

He further said he is confident he will soon move to Europe to further boost his chances of earning an Eagles recall.

"I have been getting deal and offer from Europe even from Qatar and I believe soon Europe will be my next destination by the grace of God,” he said.

Sokari missed the first three matches of the new season in Tunisia due to Injury but he's fully back in action now. He has played the last three matches for his club and created an assist.

CS Sfaxien are now top of the Tunisia league with 14 points as they remain unbeaten after six matches – four wins and two draws.