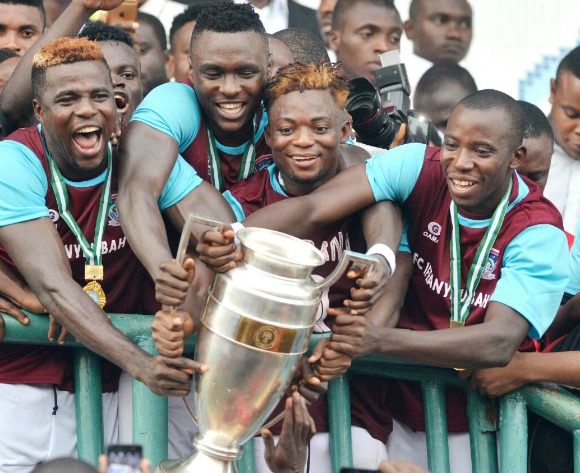 FC IfeanyiUbah, owned by a billionaire oil magnate, clinched a first-ever Nigeria Federation Cup after they pipped Nasarawa United 5-4 on penalties in today’s final after both teams failed to score in regulation time.

The Nnewi club, who have attracted players from Ghana, Cote d’Ivoire, Brazil, Cameroon and Congo and playing in only their second year in the top league, will now represent Nigeria in next year’s CAF Confederation Cup.

“We were gallant in defeat, we gave everything but we were just unlucky,” said Bature Yaro of Nasarawa United.

The two teams began this cup final rather cautiously and it was not until the 16th minute, when Nasarawa carved out the first big chance as striker Abdulraham Bashir headed for goal only to be thwarted by intelligent goalkeeper Uche Okafor.

It was really a battle of the midfield with the likes of Esosa Igbinoba of Nasarawa United squaring up against Cameroonian Tamen Medrano.

After the interval, both finalists had chances to brea the deadlock but the two goalkeepers were on hand to deny the two teams from scoring.

The introduction of Shamak Tanze for Tayo Fabiyi brought some spark to the attack of Nasarawa.

And in stoppage time, IfeanyiUbah shot stopper Uche Okafor pulled off the save of the match when he scrambled a goal-bound effort for corner.

By Kola Daniel in Lagos