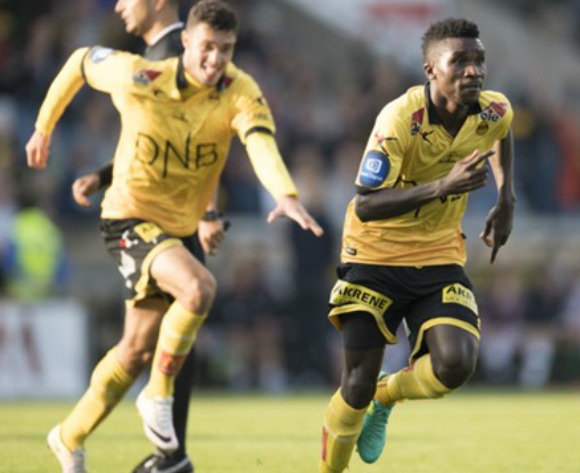 The club of Nigeria midfielder Ifeanyi Matthew have finally secured their place in the Norwegian top flight after they beat Molde 1-0 at home on final day of the season.

The hard-fought home win saw Lillestrom finish on 34 points to finish above closest rivals Tromso, who posted a big 3-1 win over Odd.

Stabaek battered bottom club IK Start 3-0,  who have been automatically demoted to the lower league along with Bodo-Glimt after they lost 2-1 at Rosenborg.

Both Ifeanyi Matthew and compatriot Innocent Bonke played from start to finish in a game, which had a lot riding on it.

Ifeanyi Matthew was denied a goal when his goal-bound shot crashed against the crossbar.