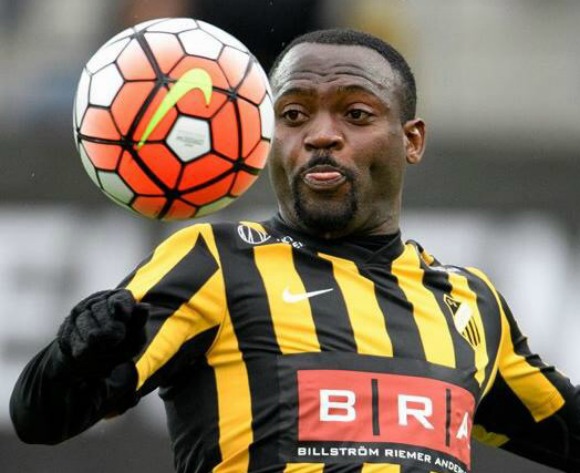 Ex-Nigeria youth international John Owoeri has emerged the top scorer in Sweden for 2016 after he netted four times in Hacken's 7-0 bashing of Falkenbergs FF in the last game of the season.

He thus ended the season with 17 goals as Hacken finished 10th on the table.

Sebastian Andersson of Norrkoping and Vidar Om Kjartansson of Malmo finished behind Owoeri with 14 goals apiece.

On Sunday, Owoeri scored in the 44th minute to give his side a 4-0 lead, he was then on target five minutes later to make it 5-0.

He scored the other goals in the 53rd and 70th minutes.