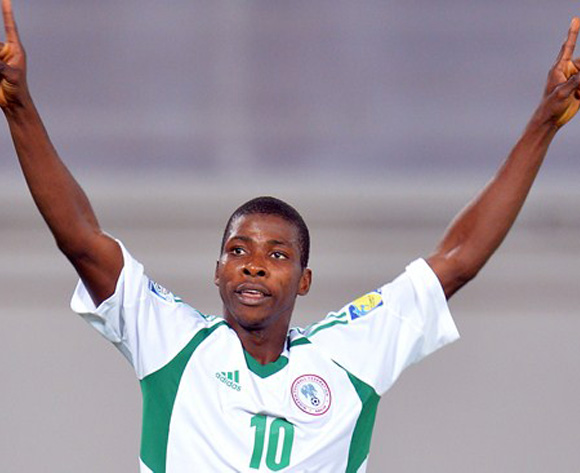 Three years after they conquered the world in the UAE , Golden Eaglets Class of 2013 have yet again begged the incumbent  Cross River State Executive Governor Ben Ayade  to redeem the pledge of houses made to officials and players of the national U17 team.

On Tuesday (November 8), it would be exactly three years after the Golden Eaglets massacre Mexico 3-0 in Abu Dhabi to lift the FIFA World Cup for the fourth time in the presence of Immediate past Governor of the state, Senator Liyel Imoke.

An impressed Governor Imoke later hosted the team on November 15, 2013, inside the state's council chamber at the Governor's office in Calabar, where he magnanimously pledged houses for players and officials to be located within the state's new housing estate scheme in Akpabuyo in Calabar.

The amiable Governor said then it was necessary to break away from the norm in order to give a befitting future to players and officials hence the state was duty-bound in rewarding the team with properties instead of monetary largess.

"We want to partner and invest in you because we believe this kind of investment (house property) would yield better dividends in the future even if you no longer want anything to do with football," Imoke told the victorious team in the presence of top officials of Nigeria Football Federation (NFF) and other state's executives.

"It is three years now that we won the World Cup and the then Governor Imoke pledged all the 21 players and 10 officials houses as rewards, but it is unfortunate that we are yet to be given these houses despite several appeals," stated coach Manu Garba.

In the team were new Super Eagles sensation Kelechi Iheanacho, who was the tournament's MVP as well Godwin Saviour and Denis Okon, who are both indigenes of Cross River State.

"It's really painful that we don't have our houses  even after three years and I wonder why they are yet to give us the houses promised by former  Governor Imoke ," lamented Saviour, who is now with Belgian club Roeselare.

“We just have to keep begging our new Governor and pray they give us these houses because we did the state and Nigeria proud in 2013."