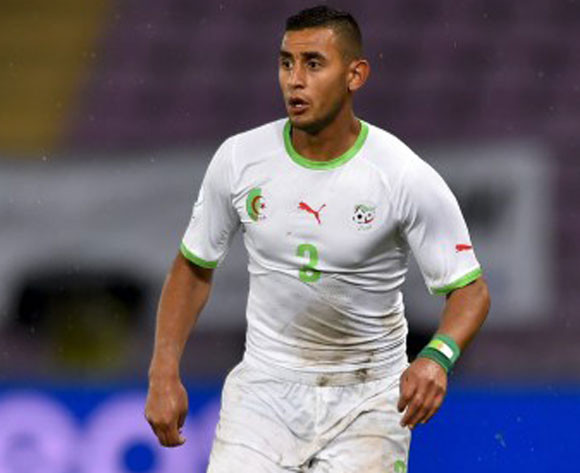 An injury crisis has hit Algeria with no fewer than four key players doubtful for Saturday’s World Cup showdown in Nigeria.

Faouzi Ghoulam, Ryad Boudebouz, Hilal Soudani and Rachid Ghezzal are all uncertain for the match due to injuries.

Ghoulam and Boudebouz played for their clubs Napoli and Montpellier respectively this past weekend, but joined the training camp Sunday with abductor problems.

Incidentally, Boudebouz was man of the match after he netted a brace for French club Montpellier.

Dynamo Zagbreb striker Soudani and Ghezzal from Lyon did not even feature for their clubs this past weekend on account of injury.

Last-minute call-up and Angers of France defender Mehdi Tahrat is also nursing a groin problem and so did not feature for his club in their last game.

Leicester City striker Slimani missed two matches due to injury, while Bentaleb hurt his knee in action for German club Schalke 04 before he recovered in time on Sunday to fire his fifth goal in six matches on loan from Premier League side Tottenham Hotspur.