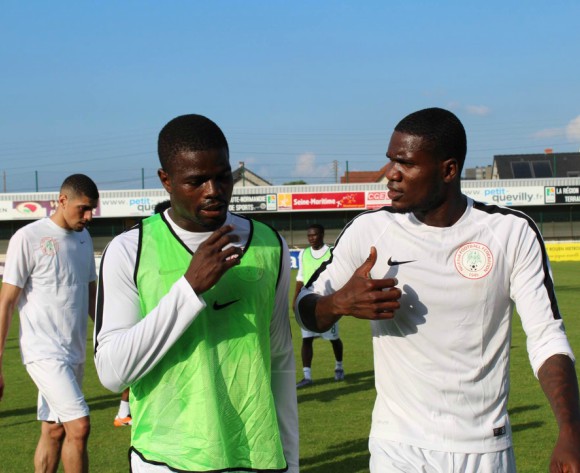 Nigeria are sweating on the fitness of defenders Leon Balogun and Shehu Abdullahi as well as striker Brown Ideye ahead of Saturday’s World Cup qualifier against Algeria.

The three players trained away from the main squad in Tuesday morning’s training in Abuja.

“They are nursing minor knocks,” simply disclosed a team official.

All three players were in action for their respective European clubs at the weekend.

Shehu scored for Cypriot club Anorthosis in a 3-0 home win over Doxa only to be replaced four minutes later.

Ideye scored his seventh goal for Greek champions Olympiacos in a 3-0 win over Athens bitter rivals Panathiniakos before he was replaced in stoppage time, while Balogun played the full game as Mainz 05 were battered 3-1 at RB Leipzig.

Injury ruled Balogun out of last month’s qualifier in Zambia.