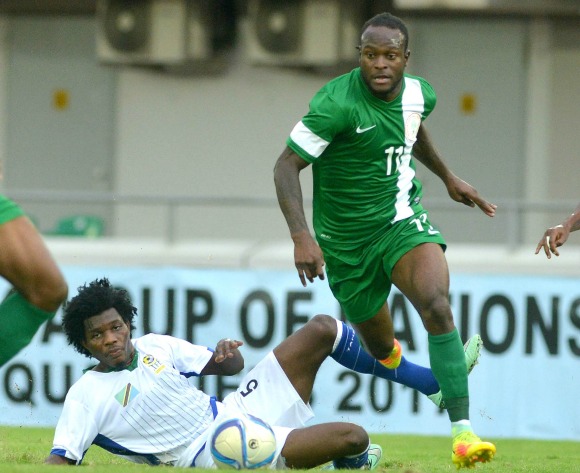 Over 3,000 fans trooped out to cheer the Super Eagles train in Abuja Tuesday evening with the biggest cheers reserved for the country’s Premier League stars led by Chelsea midfielder Mikel Obi.

Fellow Chelsea star Victor Moses, Alex Iwobi from Arsenal as well as Manchester City’s Kelechi Iheanacho were also a toast of the crowd at the training.

“Iwobi please two goals!” chanted a section of the crowd during the training with his father Chuka taking in all the adulation for his 20-year-old son.

Nabil Bentaleb is also firing for German Bundesliga side Schalke 04 on loan from Premier League side Tottenham Hotspur.