Etebo Q&A: It's a new beginning for me 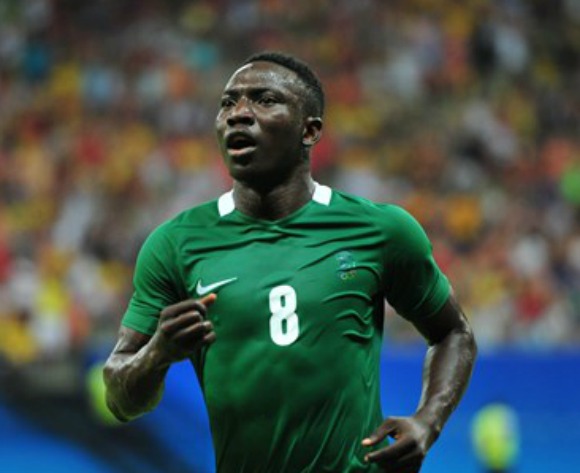 Rio Olympics hero Oghenekaro Etebo is set to add to his Super Eagles caps when Nigeria tackle Algeria on Saturday.

He says it’s a new beginning for him in the Super Eagles.

Etebo, how does it feel to be back with the Super Eagles of Nigeria after your exploits at Rio Olympics where you scored four goals against Japan?

Etebo: First of all, I wish to thank God for his grace and mercy.

I was very happy when I received the call-up. I believe this is the beginning of a new dawn, it’s just for me to keep improving every time.

Where did you get your great sense of purpose on the pitch?

This is my job, I don't have any other job,  and whenever I am on the pitch, I am focused. I always want my team to win.

You helped Feirense to win promotion to the Portuguese top league. How has it been for you in Portugal now?

Everything is going well for me but when I first arrived it was not that easy because of the new language and a new country. That weighed me down a bit.

But after a few months during which I was well received, which I appreciated, everything is now going fine.

You reported late to the training camp for Saturday’s match against Algeria and we understand it had to do with your work permit.

My club did not submit my file to the immigration office in Portugal but that has now been settled before I came down to Nigeria. It was a delay from my club.

How are you now looking forward to the big game against Algeria in Uyo?

It’s a big game but by His grace I believe with our effort we will get the victory on Saturday.

Thank you for speaking with us.