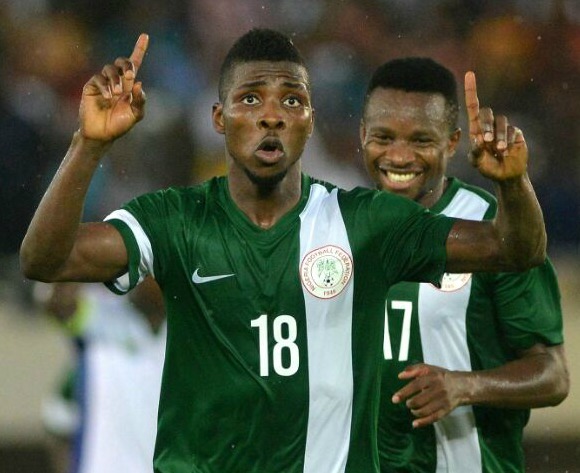 Akwa Ibom Governor Udom Emmanuel has promised the Super Eagles $10,000 for every unreplied goal against Algeria in a 2018 World Cup qualifier today.

Governor Emmanuel made this promise when he visited the team at their Le Meridien Hotel camp Friday night accompanied by his predecessor Godswill Akpabio.

“The Governor has made us a promise of $10,000 for every unreplied goal against Algeria,” a top official disclosed.

The Governor of oil-rich Akwa Ibom State donated 10 million Naira to the team after the 1-0 win over Tanzania in September in Uyo.

The cash gift was later converted by the Nigeria Football Federation (NFF) to pay the team's camping allowances to the disgust of the players.

A home win today will consolidate Nigeria’s leadership of their qualifying group which also has Cameroon and Zambia.

Today’s showdown inside the Godswill Akpabio Stadium in Uyo will kick off 5pm.