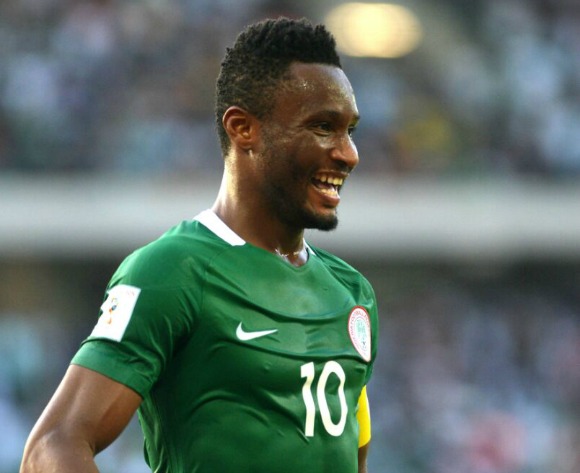 Mikel celebrates his goal against Algeria on Saturday

Mikel, who has been frozen out at Premier League club Chelsea, crowned a commanding display against Algeria with a goal to keep the Super Eagles on course to the 2018 World Cup in Russia.

“He played like a true leader,” praised Rohr, who has stood by his captain in his trying times at his London club this season.

“He commanded the respect of the team, marshaling and putting so much energy into the effort of the team.”

The sterling leadership qualities of the 29-year-old midfielder were equally commended by NFF vice-president Seyi Akinwunmi.

“Mikel is not just a player, he is the leader and it is his leadership that has helped the younger players in the team like (Oghenekaro) Etebo,” he remarked.