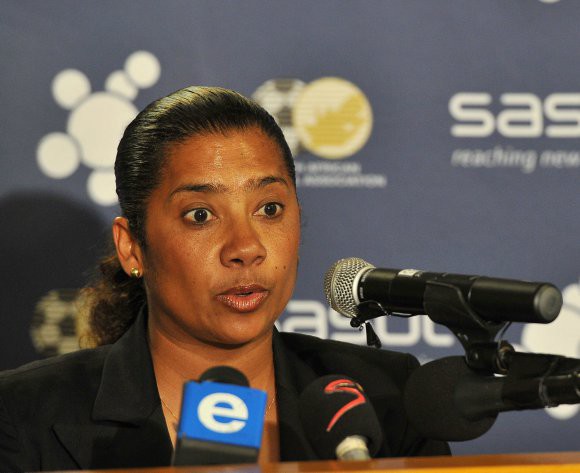 Banyana Banyana coach Desiree Ellis says she hopes to see her charges converting the chances they create when they get their 2016 CAF African Women's Championships campaign underway.

The South African women's national team coach led her side to a 3-0 win in an international friendly against Zimbabwe last Thursday.

Prior to that win, Banyana also beat Egypt 3-1 as they prepared for the continental tournament set to to start this week.

Despite their poor run in 2014 where they finished fourth, Ellis says they want to improve this time around, but admits it won't be easy.

“Nothando Vilakazi made me aware that this was the first time we’ve beaten Zimbabwe by three goals. Scoring will help boost the confidence of the players,” said Ellis to the Daily Sun.

“We hope we can continue our winning ways. I hope the goals won’t dry up at the tournament. We have to keep the momentum going.

“I won’t forget what happened with Ivory Coast in 2014. We were all over them but when we got to Namibia, they beat us and went to the World Cup. We want to do better in this competition and have to keep improving all the time.”

The South Africans are in Group A together with hosts Cameroon, Egypt and Zimbabwe. Their opening match is against Zimbabwe on Saturday, November 19.