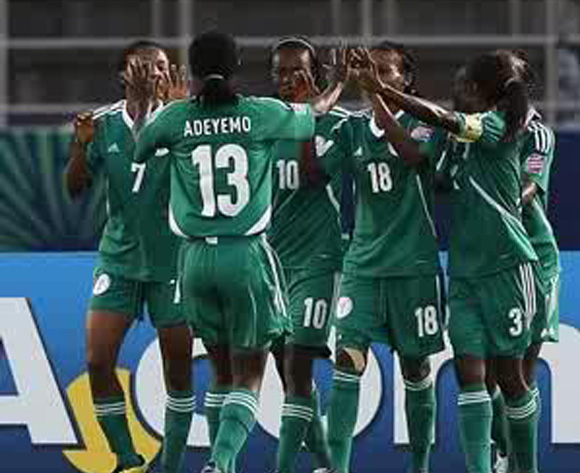 Nigeria’s Falconets will have to beat group leaders Spain on Sunday to stand any chance of qualifying  for the knockout stage of the FIFA U20 Women’s World Cup after they came from behind to beat Canada.

Goals by Chinaza Uchendu, Joy Bokiri and Chiwendu Ihezuo steered Nigeria’s U20 girls, Falconets to a 3-1 victory over the Canadians in Papua New Guinea on Wednesday.

The Canadians, who received a 5-0 hiding from Spain in their first match, went in front after only 15 minutes as Deanne Rose turned captain Ugochi Emenayo in the box and then teed up Gabrielle Carle to heave past Nigerian goalkeeper Onyinye Okeke.

Rasheedat Ajibade, captain of the Nigeria U17 girls, was a constant menace for the Canadians, and nearly got the equalizer in the 37th minute.

Eight minutes later, Uchendu brought Nigeria level when she shot past Rylee Foster from the penalty spot after Bianca St Georges handled in the box.

Dedevbo’s girls came into the second half like a house on fire, and were in front after only 40 seconds as Joy Bokiri rocketed home from close range in a goalmouth scramble.

Chiwendu Ihezuo profited from a poor clearance by goalkeeper Foster to double the advantage in the 74th minute, meaning that the Falconets can still progress to the quarter –finals, mathematically, if they achieve a win over Spain on Sunday.

Meanwhile, attacking midfielder Rasheedat Ajibade was named the Live Your Goals Player of the Match against Canada.

"I am excited and grateful to God for this award,” Ajibade began.

“I am dedicating this award to my team –mates for their support and especially to coach Peter Dedevbo for believing in me and giving me the opportunity to be part of the team.”

"The difference is very clear, the pressure in the U17 is not as strong as what I am experiencing here. It is more like the higher you go, the hotter it becomes," she said.