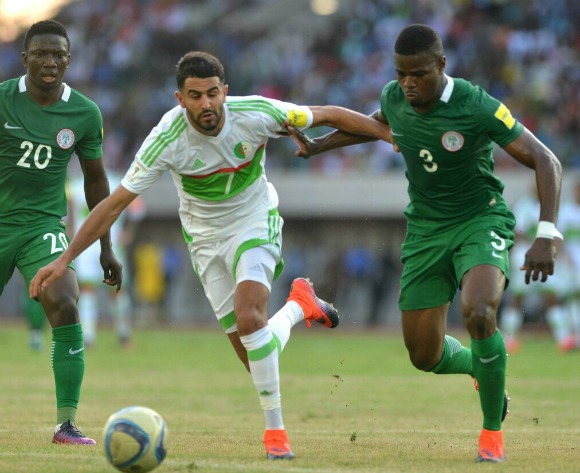 Besides the problematic Eagles right fullback position, the left back occupied by Elderson Echiejile is also under threat, officials have hinted.

“Rohr has admitted his fullbacks still lack the mental strength needed for tougher challenges and that perhaps explains the special drilling Elderson Echiejile got before the game with Algeria,” disclosed a team official.

“The left back position is also under serious scrutiny, just like the right back.”

The 28-year-old Elderson has manned the left back in Rohr’s first three matches.

He has played three matches for Belgian club Standard Liege on loan from Monaco, but his last league game was in a 3-1 loss at KV Oostende on October 30.

Rohr has already announced he is shopping for players for these positions.