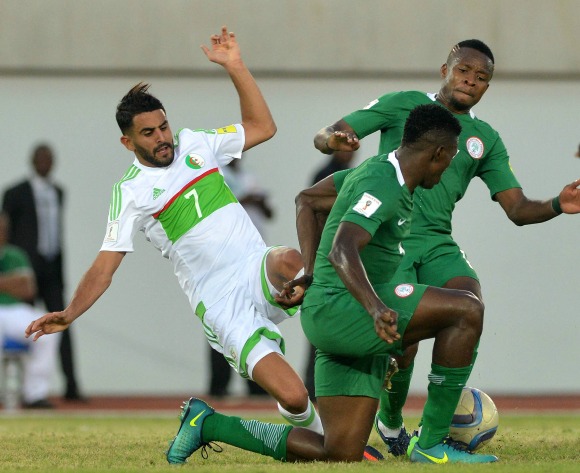 Ogenyi Onazi in the background in action for Nigeria vs Algeria

A top source told AfricanFootball.com that the German and Chinese clubs were even recently in Turkey to watch the workaholic midfielder in action for Trabzonspor.

"Onazi may soon quit his Turkish team Trabzonspor as top four teams in Germany as well as the Chinese team have shown interest in him,” disclosed the source.

“In fact two of the teams from Germany and a Chinese club watched him last weekend while in action for Trabzonspor."

A frustrated Onazi quit Italian Serie A side Lazio to sensationally moved to Turkey in the summer.