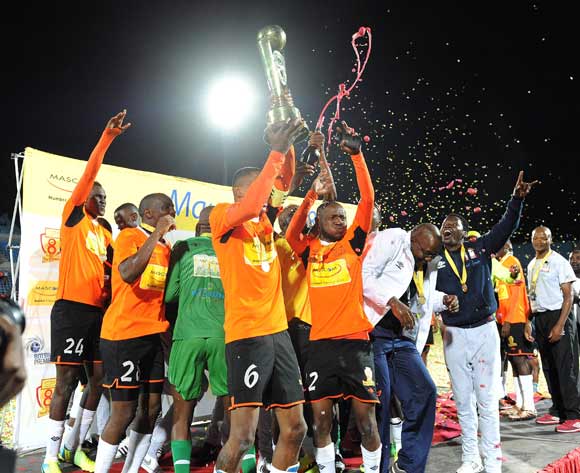 Orapa United player celebrating as they receives the Mascom Top8 trophy after beating Township Rollers 3-1 in the final at the Francistown stadium in Botswana on 23 April 2016.:MONIRUL BHUIYAN/Backpagepix

Botswana BTC Premiership side Orapa United have confirmed that they will take part in the upcoming 2017 CAF Confederation Cup.

The Ostriches qualified for the continental club competition after winning the 2015/16 Mascom Top 8 Cup - stunning the much-fancied Township Rollers in the final.

When speaking to the local media, Orapa's public relations officer Tebatso Hule stated that they have already notified the BFA.

“(The) management of Orapa United has made a decision to participate (in CAF) and we have notified BFA (Botswana Football Association) of our intentions,” Hule said.

“We have delayed our decision mainly because we needed to appreciate implications that come with participating in the tournament; both financially and socially.

“CAF is an expensive exercise and therefore we needed to sort our finances and we can now confirm that our decision to participate follows an agreement with Debswana (Mine) who have pledged to assist us financially although we are constrained to divulge the amount.”