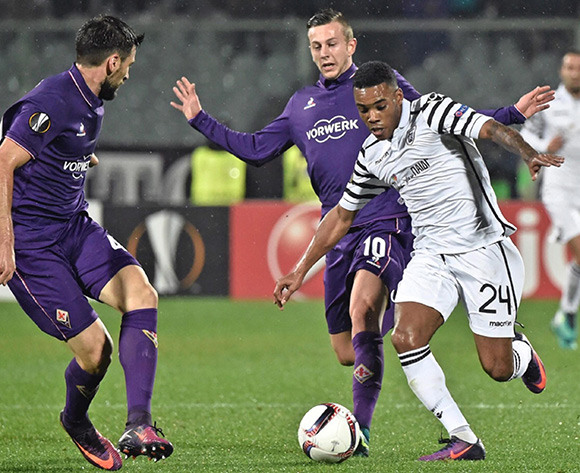 Garry Rodrigues scored an absolute stunner for Greek club PAOK as they registered a memorable 3-2 win over Fiorentina in a Europa League group stage clash on Thursday evening.

The Cape Verde international set up his club's second, before bagging the winner with a 93rd minute strike as the Thessaloniki-based side blew Group J wide open.

Born in the Netherlands, the speedy winger made his debut for the Blue Sharks three years ago - going on to represent the Island nation at the 2015 Africa Cup of Nations in Equatorial Guinea.

Bafana Bafana will have to take special notice of the 25-year-old with South Africa set to face Cape Verde in two 2018 FIFA World Cup qualifiers next year.