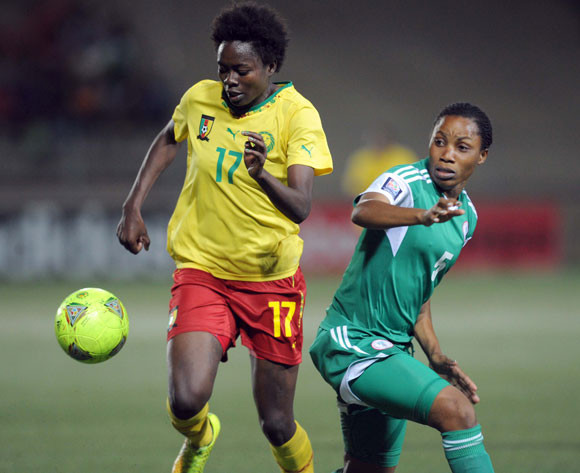 Defending champions Nigeria’s Super Falcons will hope to smash past debutants Kenya Saturday to win Group B and avoid hosts Cameroon in the semi-finals of the women’s AFCON.

The Lionesses of Cameroon finished top of Group A after winning all three group games, while South Africa were runners up after a 5-0 spanking of Egypt in their final group match.

Nigeria coach Florence Omagbemi was disappointed with the South African referee for not awarding the Falcons a penalty when star forward Asisat Oshoala was brought down inside the box by the Ghana goalkeeper.

The 1-1 draw with perennial arch-rivals Ghana has brought the Falcons back to earth after a big 6-0 win over fellow West Africans Mali in their opening game.

A second win for the Falcons could well earn them a more manageable semi-final against Banyana Banyana of South Africa.

Kenya have already been eliminated after they were trounced 3-1 by Mali after they lost by the same scoreline to Ghana.

Falcons target remains a 10th trophy and they will enhance this aspiration with an expected walloping of the Kenyans Saturday afternoon in Limbe.

The other Group B match between Ghana and Mali will be expected to be more of a contest as Mali have revived their hopes of reaching the knockout rounds of this biennial competition.

The win by Mali now means they only have to upset the Black Queens from Ghana to advance to the semi-finals.