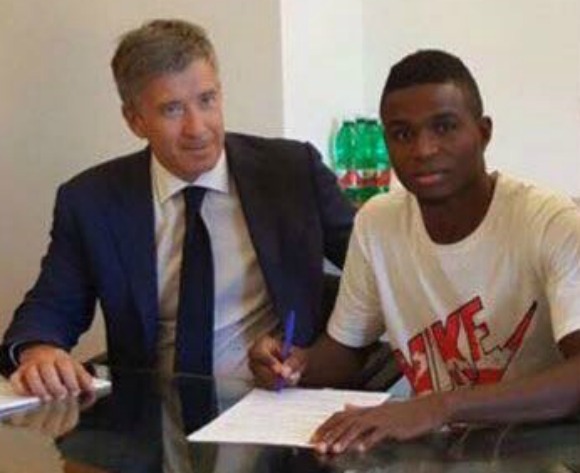 Orji Okonkwo is set for his second appearance in the Serie A after the U17 World champion made his official debut last weekend.

Bologna are home to Atalanta on Sunday after a 3-1 win against Palermo the previous weekend.

“I hope to get more playing time as times goes on, the most important thing now is that I am with the main team, which is the huge step to my career,” Okonkwo said.

“I have never doubted my talent and I know and I believe that with God I will excel in this game.

“This is just the beginning of my career, I have a long way to go. I don't want to be compared to anyone, I just want to be myself and rise and make other academy players believe that you can do it with right attitude and mentality.

“I am a core professional now with help of my agents, Kingston Olaniyan and Danny Shittu, former Super Eagles defender.”