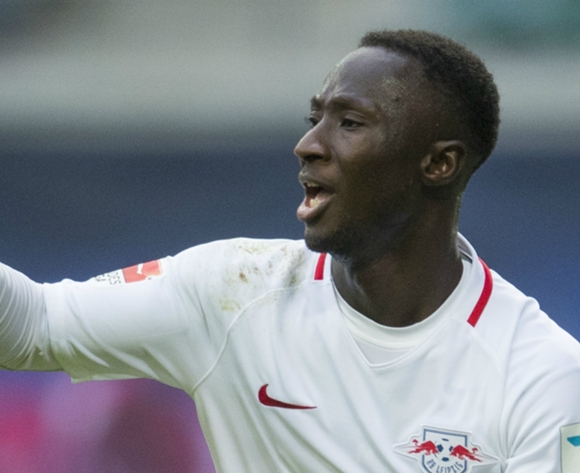 Had Schalke 04 not had their worst-ever start to the season, Saturday's match at RB Leipzig would have been a table-topping clash.

No other clubs have picked up as many points from their last seven Bundesliga matches as the two in-form teams, with rookies Leipzig managing an incredible run of seven wins in a row, while Schalke drew two and won five during that time.

However, one run will have come to an end once the final whistle blows in the Red Bull Arena in Leipzig.

Rookies Leipzig, who with Hoffenheim are one of just two teams that are unbeaten after 12 matches, top the table on 30 points – three more than champions Bayern Munich, and 13 more than Schalke.

Both sides will be looking to carry on where they left off last weekend as they picked up convincing wins.

Guinea international Naby Keita showed against Freiburg, why he is Leipzig's record signing. He opened the scoring with a spectacular long range effort as early as the second minute and was then a danger throughout as Leipzig won 4-1.

Impressively, Keita’s side have averaged three goals a game.

Unlike their opponents, Schalke started the season poorly and lost their opening five matches. Since then, they have turned things around and travel to east Germany on the back of three victories in a row.

However, it’s not going to be easy for the visitors to inflict any damage towards the league leaders who have proved their resilience so far this season and have conceded the second lowest number of goals.

Cameroon international Eric Maxim Choupo-Moting turned from villain to hero in Schalke's 3-1 win against Darmstadt on the weekend, seeing his first half penalty saved by Michael Esser, but then scoring the all-important second goal for the Royal Blues.

Schalke also have Black Star midfielder Baba Rahman, as well as Algerian Nabil Bentaleb in their squad, with striker Bentaleb and Choupo-Moting being the top scorers for their side with four and three goals respectively.

Ghanaian teenager Bernard Tekpetey had an impressive debut in the first team midweek in Europa League action, being fouled for a penalty, but then receiving a second booking for a red card late in the match. He good well make an appearance on the Schalke bench against Leipzig.

Schalke manager Christian Heidel said that they now had an important task. "We have to achieve what no other team has achieved. That is beating Leipzig. It is a huge challenge.

"But I am not surprised that they are doing so well. They have quality and whenever people said at the beginning of the season that they would be fighting against relegation I laughed in their face."

Choupo-Moting echoed similar sentiments. "Of course they are a good side. But hey, we are Schalke 04 and we are going there to pick up points."

Myke Mwai Mugo, who is the Sports Channels Director of StarTimes, the company that holds the African Bundesliga rights, believes that this weekend's game might be one of the most exciting games so far this season, and it’s not one that should be missed.

“It’s been a strange season. Had anybody predicted that after 12 matches Hoffenheim and Leipzig would be the only unbeaten teams, they would have been laughed at. But that is the beauty about the Bundesliga this season, it is wide open.”

Mugo said that although Leipzig against Schalke was probably the pick of the matches this weekend, it certainly was not the only game that would have viewers throughout Africa in front of their TVs.

“The two Borussias in the league clash in Dortmund, with neither the home side nor the visiting Moenchengladbach presently being where they want to be.”

Dortmund are seventh with 21 points, while Moenchengaldbach are 13th with eight points less. “Their fans will be expecting them to finish in a top-four position, so even though it is still early days, it is a bit of a must-win game,” said Mugo.

Champions Bayern Munich, who avoided three defeats in a row by securing a 2-1 win against Leverkusen on the weekend, travel to Mainz for Friday's match.

In other matches Leverkusen are at home to Freiburg, while struggling Werder Bremen entertain Ingolstadt. Wolfsburg face Hertha Berlin while Hoffenheim are at home to Cologne.

On Sunday Darmstadt face Hamburg and Augsburg take on Frankfurt.