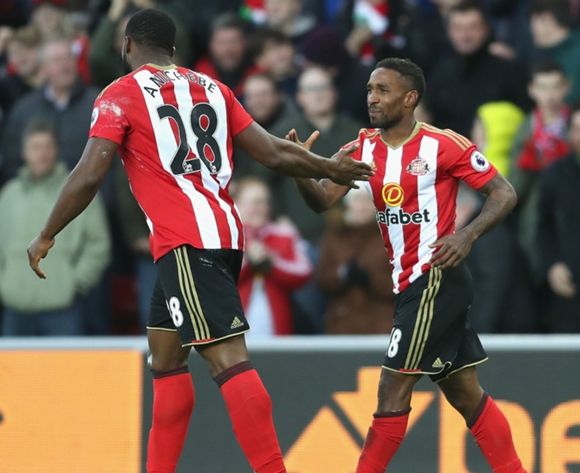 Injury-prone Victor Anichebe played his second straight full game for Sunderland to show that a punishing conditioning stint in Los Angeles, USA, in the summer is now paying huge dividends.

The career of the big Nigeria star has been troubled by various injuries, but he now appears to have turned the corner after he spent the summer in Los Angeles to be fully fit for the hustle and bustle of the Premier League.

The striker, who has been compared to a younger version of Didier Drogba by Sunderland manager David Moyes, was on for the entire game in Saturday’s 2-1 home win over champions Leicester City.

The 28-year-old striker has in total made six appearances for ‘The Black Cats’, four as a starter and two as a substitute.

The former Everton ace has already played more minutes than he did for the entire 2015/16 season with West Bromwich Albion.

After a long losing run at the start of the season, Sunderland are now in 18th place on the Premier League table, just a point away from moving away from the drop zone.