Victorious Falcons set for showdown with NFF over $16,500-a-player bonus 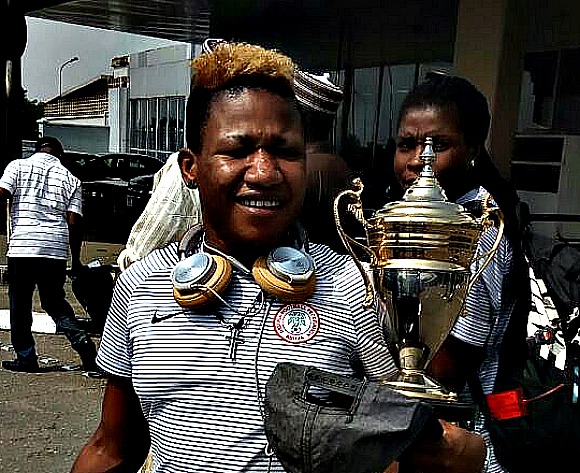 Nigeria’s Super Falcons, record eight-time African champions, are set for a showdown with the Nigeria Football Federation (NFF) over the payment of their win bonus from this year’s AWCON in Cameroon, which is put at $16,500-a-player.

The Falcons defeated hosts Cameroon 1-0 on Saturday to retain their continental crown in front of a devastated sell-out crowd in Yaounde.

However, they are yet to be paid a kobo whether as camp allowance or match bonus, top team officials have revealed.

Besides the allowances, the Falcons are due $3,000 each for a win in the group stage of the AWCON, while victory in the semi-finals will earn them another $4,000.

They are to receive another $5,000 each for beating Cameroon in the championship decider.

It was gathered that a sponsor, who hosted the team on arrival in Lagos, gave each player a token of 50,000 Naira.

Top officials of the NFF have already addressed the team at their Agura Hotel in Abuja, promising that their entitlements will be worked on from today.

It was further understood that the NFF have applied for a bailout from government to enable them pay off the team.

The broke NFF have in the last few weeks sent off various national teams with ridiculous sums of cash.

The Nigeria U19 team to the Suwon International Tournament in South Korea were paid 5,000 Naira each on their return, while the country’s team to the FIFA U20 World Cup in Papua New Guinea received 30,000 Naira-a-player after they protested a proposed 10,000 Naira stipend.