Ellis rues calmness in the box 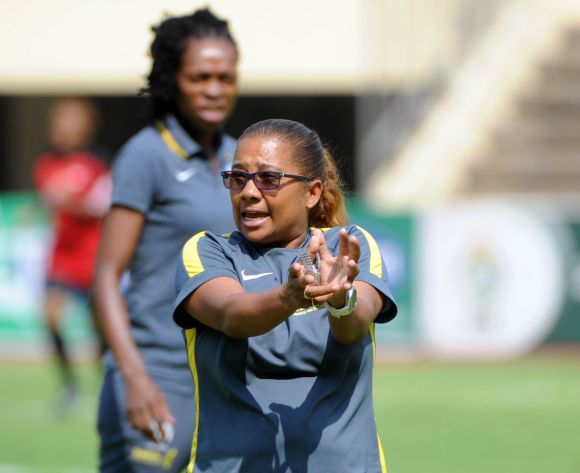 Banyana Banyana coach Desire Ellis says the 2016 CAF African Women's Championships was the best tournament she has ever seen.

The former Banyana player led the South African Women's side in the continental showpiece in Cameroon in the past two weeks.

Although they wanted to claim the honours, they managed to go as far as the fourth place after losing to Ghana in the third/fourth play-off place.

However, Ellis has praised the talent displayed in the tournament as Nigeria's Super Falcons claimed the trophy beating the hosts, Cameroon in the final.

“This was one of the better tournaments I have been in, not just with the organisation but also the standard of football - the quality was high,” said Ellis.

“The talent displayed showed that Africa is improving, hopefully it will not happen just in these tournaments, but in the FIFA tournaments.

"We can take the quality that we have and not only only participate in the FIFA tournaments but also go beyond the quarter-finals and maybe even win them.”

She also touched on her players abilities as they failed to to bury some of their chances claiming such tournaments needs calmness in the box.

"When you are in such high pressure situations you need calm heads which we didn’t have. I have to sum it up in one line – goals win matches,” adds Ellis.

“And if a match was decided on creating opportunities we would win hands down. We would have loved to go back home wearing medals but it did not happen.

“But I am very proud of the girls, they never gave up. At times we didn’t minimise our mistakes, we got undone at three set-pieces against Ghana, which is poor defending, and on the other hand when we were in similar positions we couldn't finish.”