Minister visits protesting Falcons, assures they will get their cash 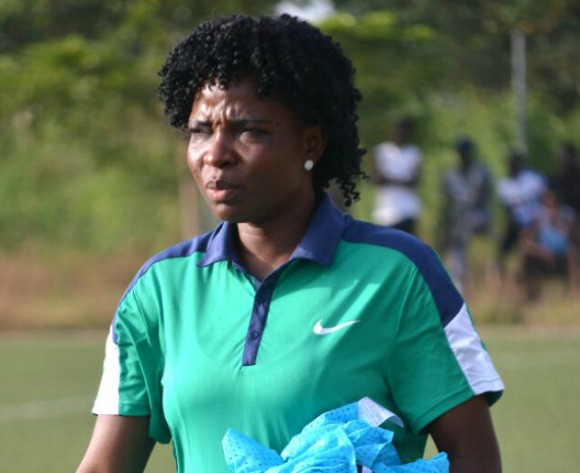 The minister, who was accompanied by NFF general secretary Mohammed Sanusi, met Thursday with the players and officials at the Agura Hotel in Abuja, where they have been holed up protesting the non-payment of their entitlements.

"I had to make time out to meet with you ladies again after receiving you on arrival in Lagos. In the past few days I have heard so much about the team's grievances, challenges and issues here and there,” he said.

"I have also discussed with the leadership of the Nigeria Football Federation but I felt it is necessary for me to come and sit to discuss with you in order for us to understand ourselves better.

“The issues with the team date back to the All-Africa Games, bothering on allowances and bonuses. We are also aware that the coaches are also being owed.

"The point I want to make clear is that for this competition which this team have participated in and won, we are indeed overwhelmed by the performance of the team.”

The minister urged the players and officials to be patient with the government so that their laudable achievement can be appreciated.

"Personally, I don't want this achievement to be rubbished with whatever challenges we are facing because one thing that will stand to the end is our achievements," he said.

Dalung concluded by promising the Falcons that the process to sort out their money is in process, and it will be sorted out eventually:

"But one thing I want you all to know is that there are procedures for getting such monies from the Federal Government. It is not like an ATM that you will just go to and bring out cash. Government has processes on how things are done. We are still processing and pursuing the entitlements of the team," he further reassured.