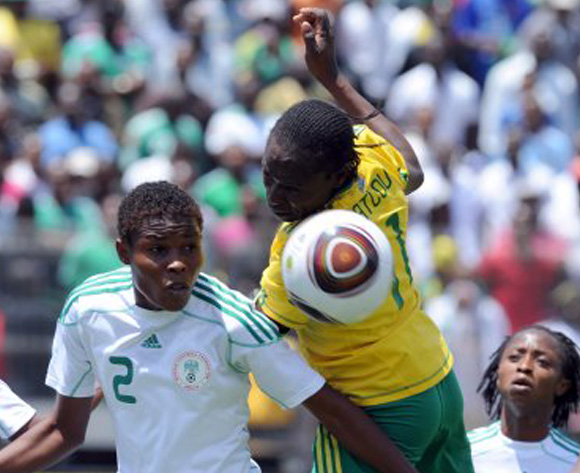 Ohale (left) in action for Falcons

Super Falcons assistant captain Osinachi Ohale has said the African champions were threatened by NFF boss Amaju Pinnick  among other harsh comments directed at them.

Ohale said that among other things Pinnick threatened to report them to their various overseas clubs.

“He said so many things including that he will report us to our clubs if we are bent on disgracing Nigeria,” Ohale opened up.

“This was not what he was telling us when he addressed us in Abuja before we left for Cameroon (for the women’s AFCON).”

The star defender also revealed that top NFF official Chris Green promised the Falcons they will be paid all their monies while they were still in Cameroon.

Skipper Rita Chikwelu broke down when she responded to the message of sports minister Solomon Dalung, who pleaded with the team to be patient as all their entitlements will be cleared.

Chikwelu said the Falcons are deeply disappointed with the authorities, while also revealing she has just received news of the death of her grandmother.

Despite Thursday’s assurances from the sports minister, the Falcons have insisted they will only quit their Abuja hotel after they have been paid.