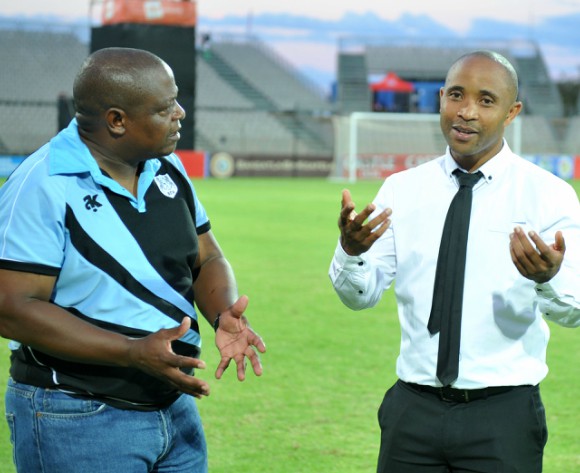 George Mogopodi, coach of Botswana with Thabo senong, coach of South Africa during the 2016 Cosafa U20 Youth Championship

The Diamond Zebras tasted defeat in all of their Group A matches against Swaziland, Lesotho and tournament hosts South Africa.

Mogopodi believes that they would have done better at the regional tournament if they had played an international friendly prior to the competition.

“Before we came here, we never had any international friendly. It was their first. time to play at this level," Mogopodi said.

"We could have done better but we did not have friendly matches before coming here.

"That on its own had an impact in our performance."

Group A winners South Africa will take on Zambia in the final on Friday.