Falcons cry out again - We're being short changed our bonuses! 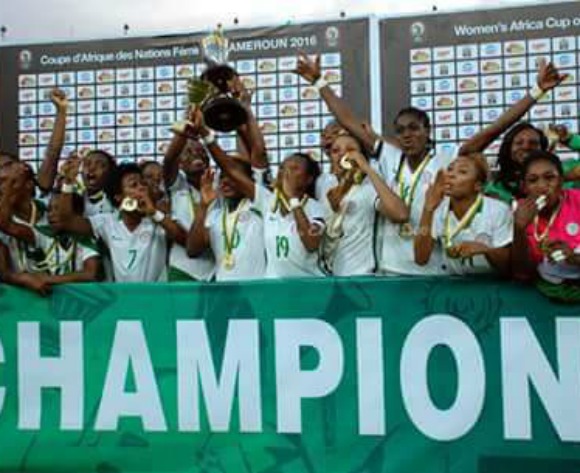 Super Falcons players have said they will be short changed their win bonuses for retaining the women’s AFCON because they expect nine million Naira each, but will now be paid N4.9 million Naira-a-player.

The players are being owed match bonuses and allowances for winning the AWCON 2016 in Cameroon, and have been protesting the non-payment of their entitlements.

They staged a protest to the National Assembly on Wednesday, which prompted the federal government to promise to offset the bills.

It has now been confirmed that the money has been paid to the NFF, who are now set to pay into the accounts of the players.

However, the players have insisted they should be collecting nine million Naira each, and not the 4.9million Naira they are about to receive.

“Our monies should be around nine million Naira and not what they want to give us now,” one of the players said.

The NFF are to pay each player N5m, but they will deduct the N100, 000 they paid each player earlier as transport fare, making it N4.9m each player will receive.