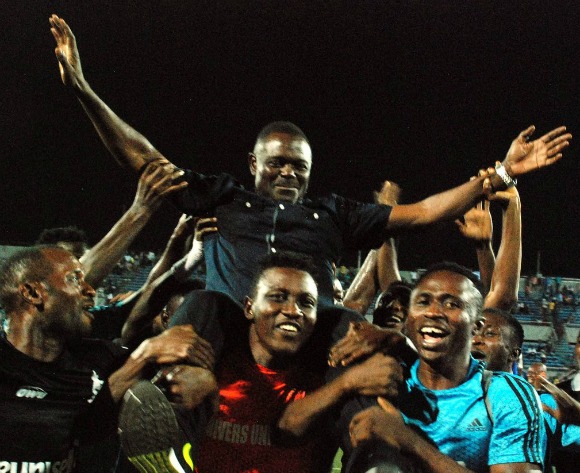 Nigeria’s Rivers United have expressed confidence they will make an impact in next year’s CAF Champions League ahead of today’s draw in Cairo, Egypt.

Rivers United finished as runners-up in the Nigeria league this past season and will represent the country in the 2017 Champions League along with champions Enugu Rangers.

Rivers United star Bernard ‘Magic seven’ Ovoke said he is relishing the prospect of pitting his wits against some of the finest footballers on the continent.

“We are ready for the Champions League. No one here is afraid (of facing the big teams),” he said.

“The pre-season preparations we had this year has been excellent and we are assuring Nigerians that we will do them proud next year.”

Title-holders Mamelodi Sundowns of South Africa are among eight previous winners of the CAF Champions League who will compete in the next year’s competition.

Only Al Ahly (Egypt), TP Mazembe (Democratic Republic of Congo) and Enyimba (Nigeria) have staged successful defences since the 1964 launch of the Champions League.

Enyimba, the only Nigerian club to conquer the continent in the premier club competition, triumphed in 2003 and 2004.

Next year’s competition will see increased financial rewards for the clubs in a new format which has seen the prize money increasing by 66.6 percent to $2.5 million (N788 million) for the champions.

CAF have cut the two-leg qualifying phase from three rounds to two and doubled the number of qualifiers for the mini-leagues from eight to 16.

The winners of the competition will represent Africa at the 2017 FFIFA Club World Cup which will take place in the United Arab Emirates from December 6-16.

They played 14 matches to conquer Africa and collect $1.5 million (N473 million), something Rangers and United will be keen to emulate in 2017.