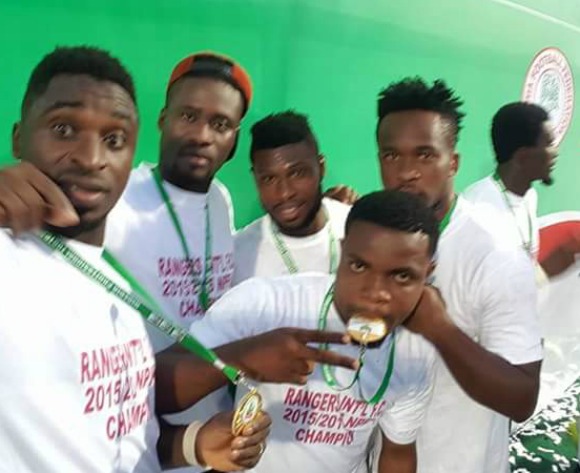 Both Nigeria’s representatives in next year’s CAF Champions League, Enugu Rangers and Rivers United, have expressed confidence they will fight their way to the top of the premier African club competition after a draw that revealed their preliminary round foes.

Rangers will battle little known Algerian club J.S Saoura, while Rivers United are up against AS Real Bamako of Mali.

Winners of the Rangers tie will play this year’s beaten finalists Zamalek of Egypt in the first round, while overall  winners of the Rivers United preliminary clash will play either El Merrikh of Sudan or Sony Nguema of Equatorial Guinea.

“We have to take each game as it comes.

“The Algerian side are a decent side, but we will be mentally and physically fit to play them.”

“We are going away from home for the first leg, which is good for Rivers United,” said star forward Bernard Ovoke in his own reaction to the draw.

“We will go as much as we can to push the Malians so that in the return leg we will wrap it up to qualify to the second round of the Champions League.

“We are not afraid of AS Real Bamako.

“We have fully prepared for the CAF Champions League, even if the match were to be played tomorrow we are ready to play.”

Nico Dao is also another former AS Real Bamako player who is currently on the books of Ifeanyi Ubah.

They have participated in the CAF Champions League on seven previous occasions. Their best performance in the competition came in 1966 when they lost in the final