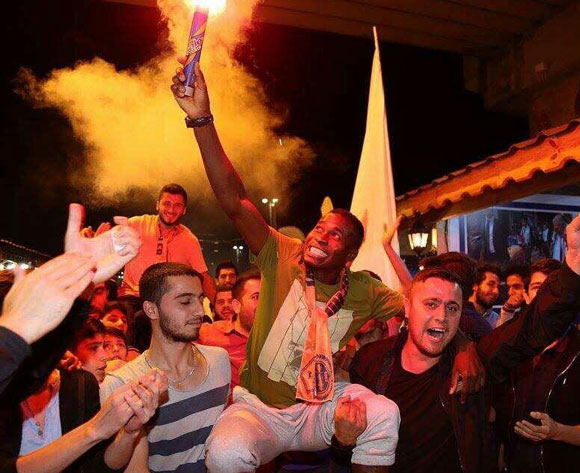 High-flying Turkish league leaders Istanbul Basaksehir have made it very clear they will not be selling Nigeria international Musa Mohammed in January.

Defender Musa has enjoyed a decent run in the Turkish cup with the Istanbul outfit and manager Abdullah Avci, who was a former Turkey national team coach, has said he has been very satisfied the right back is growing very quickly and well.

“Musa’s club have made it very clear they are not interested in selling him because he is growing very well and quickly too according to the coach,” a top source informed.

“That is not to say he may not go on a loan so as to get more game time and experience.”

The former Flying Eagles and Golden Eaglets skipper has yet to make his league debut for IBB, but top club officials have maintained he still has a future at the club.

At 20, he is the youngest defender at the club with the oldest being Yalcin Ayhan, who is 34 years.

His club are top of the Turkish Super Lig with 35 points after 15 rounds of matches, three points clear of champions Besiktas.

They are also cruising in the cup after winning three straight games in the group phase.

In the last two seasons they have featured in the UEFA Europa League after finishing within the top-4 in Turkey.