Sundowns duo among Top 3 players on the African continent 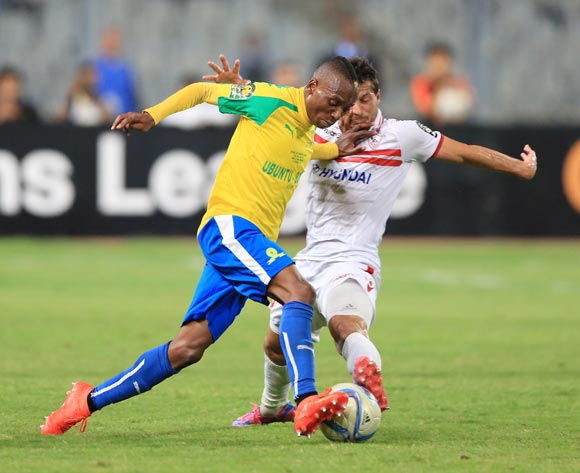 Khama Billiat of Mamelodi Sundowns tackled by Tarek Hamed of Zamalek during the 2016 CAF Champions League Final second leg between Zamalek and Sundowns at the Borg El Arab Stadium in Alexandria, Egypt on 23 October 2016 ©Gavin Barker/BackpagePix

Mamelodi Sundowns pair Denis Onyango and Khama Billiat are among the top three players on the continent, with the duo along with TP Mazembe's Rainford Kalaba shortlisted for the CAF African Player of the Year - Based in Africa accolade.

Onyango also helped qualify the Cranes for a first Africa Cup of Nations appearance in just under four decades, while Billiat also spearheaded his nation to the 2017 AFCON showpiece in Gabon.

TP Mazembe and Zambia midfielder, Kalaba, on the other hand was key to the Democratic Republic of Congo giants wining the 2016 Caf Confederations Cup.

Top 3 Nominees for the African Player of the Year:

Top 3 Nominees for the African Player of the Year – Based in Africa:

The winners will be unveiled at the Glo-CAF Awards Gala on Thursday, 5 January 2017 in Abuja, Nigeria.