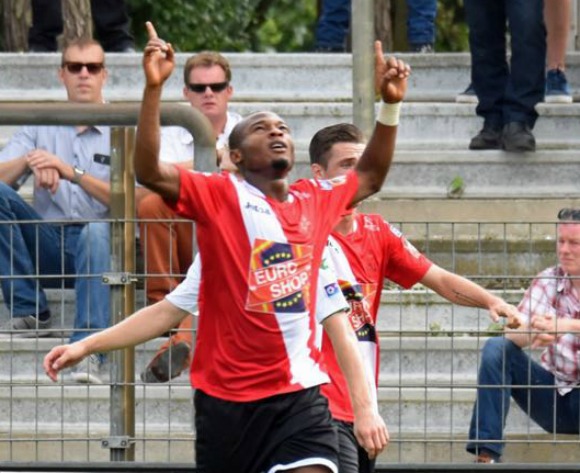 Nigeria forward Godwin Saviour has said he is confident his high-flying KV Roselare will win promotion to the Belgian top flight.

Roselare, now under new Chinese owners, won the first round of the Belgian second division and are again top of the standings going into the Christmas break.

They have gone 18 games unbeaten this season.

“I believe both the players and coaches want the best for this team. We have just five games left, we will try to win all these games and that way we will be in the top league automatically,” he said

The second division will resume on January 4 and by February ending the promotion battle will be decided finally.

Saviour though has warned that Lierse remain their closest rivals even though they have beaten them twice already this season.

“Lierse are our closest rivals,” he remarked.

“They have stayed within touching distance with us, when we win, they also win.

“They are also a good team, we’re just two points ahead of them in the second round of the championship.

"If they win the second round, we will have to do a playoff on a neutral venue to determine the team to be promoted to the top league."