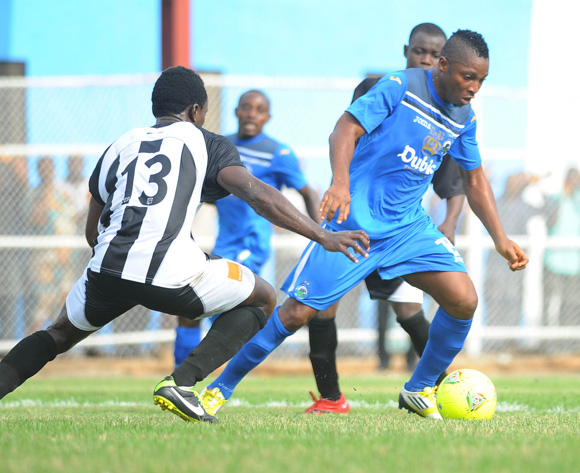 Coach Stanley Eguma has admitted his Rivers United are in for two tough matches against AS Real Bamako of Mali in a preliminary round of the 2017 CAF Champions League.

Rivers United travel to Bamako to face the six-time Malian champions in the first leg in February 2017, before navigating the return fixture a week later in Port Harcourt.

Eguma said the ties will represent a difficult proposition for his side as they look to make a favourable impression in their first-ever expedition into the waters of Africa’s premiere club competition.

“I see the draw to face AS Real Bamako as an extremely tough one because they are a very big club,” he admitted.

“They have a rich pedigree in Caf inter-club competitions and have a history of producing plenty of players for Mali’s senior national team.

“Mali’s heritage in both the Africa Cup of Nations (AFCON) and African Championship of Nations (CHAN) defines them as a very strong footballing Nation so AS Real Bamako must be respected.

“Don’t also forget that AS Real Bamako knocked (seven-time Nigerian champions), Enyimba out of this same competition in 2014.”

Eguma, a veteran of many CAF Champions League battles with former clubs Enyimba and Dolphins is however not daunted by the prospect of facing such a tough opposition.

The experienced coach explained that painstakingly detailed-pre-season preparations will put his side in fine fettle for the task at hand.

“We have prepared very well for this tournament and it is actually a blessing in disguise that we start meeting the stronger sides from the early (stages of the competition),” he said

“To become a champion, you must be ready to face the best.

“If we must beat Real Bamako over two legs, everyone involved with the football club must be united, work hard and stay focused on the task ahead,” he said.

Rivers United’s first leg clash with AS Real Bamako will take hold at the Stade Mamadou Konaté in Bamako on the weekend of February 10-12 with the second leg coming up a week later at the Adokiye Amiesimaka Stadium in Port Harcourt.