Ighalo insists there are still Premier League goals in his boots 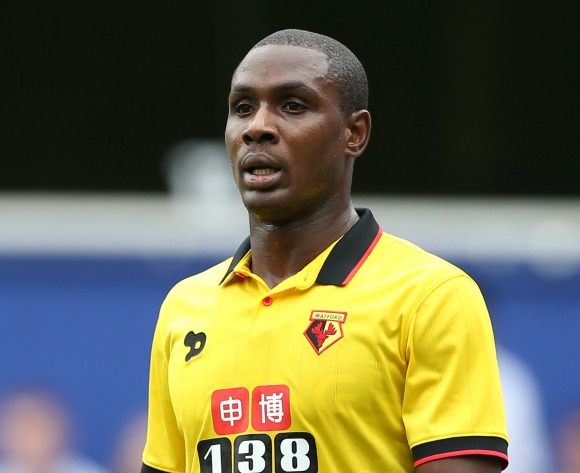 Watford striker Odion Ighalo has maintained he will soon be firing goals again in the Premier League after a far more prolific last season.

Last season, the Nigeria striker netted 15 goals in the English top league, but he has only managed a goal in 14 appearances this term.

“I will keep working hard and I believe I will soon hit the ground running again,” said the 27-year-old striker, who turned down a chance to cash in his goals of the past season big time with a lucrative move to  China.

“We have only played half of the season and I believe the goals will soon start coming again.

“It’s not some excuse but I have had some personal problems this season and hopefully all that is now behind me.”

Ighalo’s personal problems will include the passing if his father after illness.

He has also been affected by a new formation by new manager Walter Mazzarri that allows for only a striker upfront unlike the 4-4-2 formation which paired him with Watford skipper Troy Deeney.