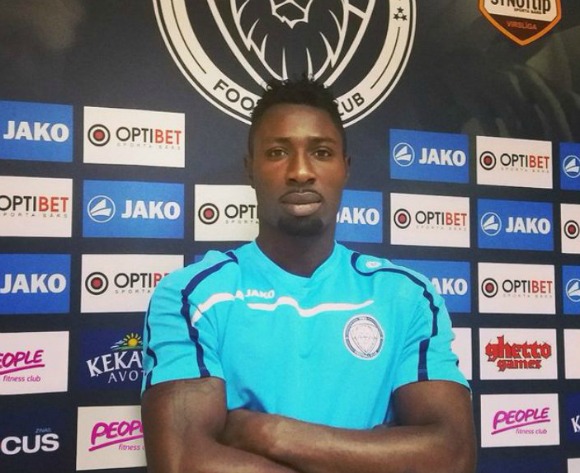 Former Akwa United striker James Audu has said he hopes to paint Latvia with goals after he was granted a residence permit.

James Audu, who the 2015 NPFL Super 4 with Akwa United, has signed  for Latvian club Riga FC.

“I thank God that I can now play for Riga FC when the season commences in March.

“They are a decent team who narrowly lost out on a chance to play the Europa League after they finished fifth on the table.

“The weather is too cold in Latvia, but I am coping as a professional footballer.

“I played in the Israeli league with Hapoel Afula before I returned to Nigeria after my contract elapsed and I was about starting the new season With Akwa United before Riga FC came calling.

“I have a target to score many goals because I like scoring goals. My records with my previous clubs have proved that and I also hope to announce myself in the league in Latvia come next year.”