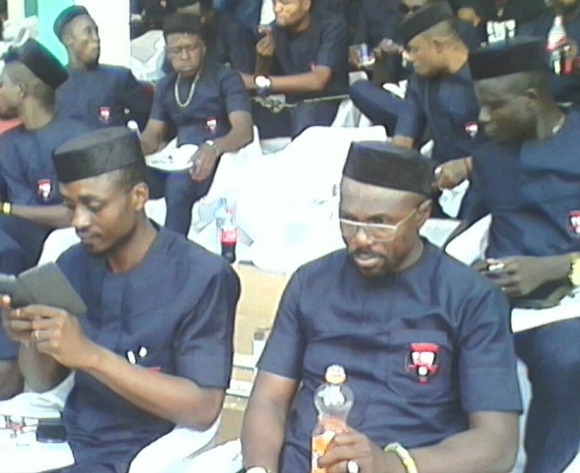 Coach Imama Amapakabo (right), officials and players of Rangers at reception in Enugu

Players and officials of champions Rangers have cried out that they are yet to know exactly where the plots of land donated to them by Enugu Governor are located.

Governor Ifeanyi Ugwuanyi donated a plot of land at “Rangers Estate” each as well as cash to Rangers after they won the league in October.

The players and official have now come out to say they are yet to receive the cash, neither do they know where the land is located.

"My brother you are talking about documents of land at the moment, we don't know anything about the land talk less of the location of the land,” one of players lamented

Another player added: "I am not from Enugu State, it's football that brought me here, so I don't know much about this area.

"Anyway we are yet to be communicated where the land is.”

It is also understood the cash gift from the Governor has yet to be withdrawn from Zenith Bank.