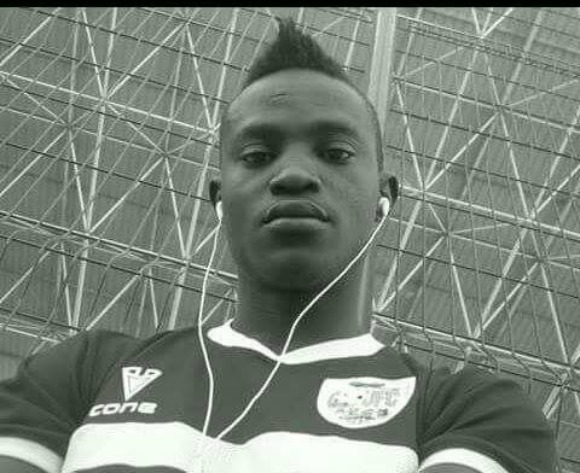 It can be revealed that murdered Flying Eagles defender Uzama Douglas is yet to be paid his bonuses totaling 3.1 million Naira after he featured for the country’s U20 team.

The Gombe United left back was expected to resume training after getting one week off to celebrate Christmas with his family only to meet his untimely death.

He was part of the FIFA U17 World Cup-winning Golden Eaglets squad to Chile 2015 and he was also part of the Emmanuel Amuneke’s Flying Eagles who fell 4-3 to Sudan in Lagos and got eliminated from the qualifiers to the AFCON U20 Championship 5-4 on aggregate.

Five months after, Uzama and his team mates are yet to get the full compliment of their winning bonuses and match allowances for the two victories against Burundi and the away win against Sudan.

Between May and July, when these matches were played, the dollar rate stood at ₦400, meaning late Uzama and team mates are owed ₦2.3m each for match bonuses alone.

Some members of the Flying Eagles reportedly met twice two weeks ago  in Abuja, threatening to embark on a placard-carrying protest like the Super Falcons, to the National Assembly for their monies to be paid.

A source very close to the team informed that apart from the ₦2.3m, the players are also owed camp allowances and travelling allowances totaling over ₦800,000 each.

The source has therefore appealed to the Nigeria football federation, the sports ministry and the federal government to please look into the plight of the Flying Eagles players and pay up all their entitlements so that the family of late Douglas Uzama (his wife and his two month-old child) can find something to fall back on after the death of their bread winner.

It would be recalled that the team prosecuted the entire qualifiers without being paid a kobo resulting in the players protesting and refusing to train till the eve of the match, a situation many say led to their unfortunate ouster.

The NFF have come under severe media backlash of recent, following the outcry that greeted their failure to pay the victorious Super Falcons after the Africa Women's Nations Cup in Cameroon. This came after the shameful report that players of the Super Eagles were short changed of their match bonuses for the World Cup victory over Algeria in November.