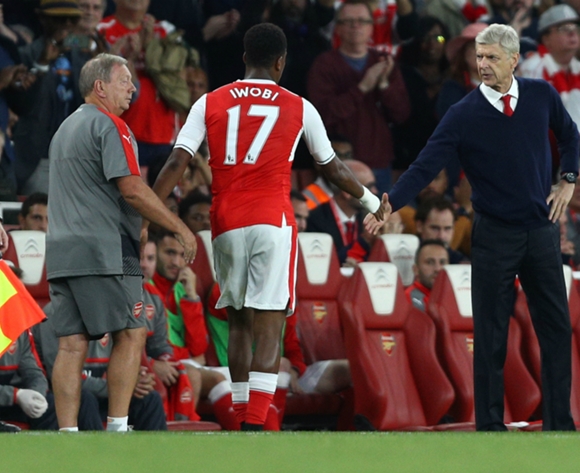 Arsenal legend Ian Wright has saluted Alex iwobi as a fantastic player and the London Gunners now appear to be grooming him to replace Mesut Ozil, who may quit The Emirates when his contract runs out.

Manager Arsene Wenger said before the game that Iwobi will play in place of ill Ozil after recent subdued performances.

Ozil has less than two years left on his Arsenal contract and must now be tempted by a more financially rewarding deal to stay put.

“He’s a young, fantastic player and Arsenal think very highly about him that it seems they are preparing him to replace Ozil,” Wright remarked.

On Sunday, Iwobi played for 76 minutes like a No.10 like Ozil, playing behind top striker Olivier Giroud.

Wright also said the youngster was rested last month and this has helped him.

“He was rested last month and he needed it,” he said.