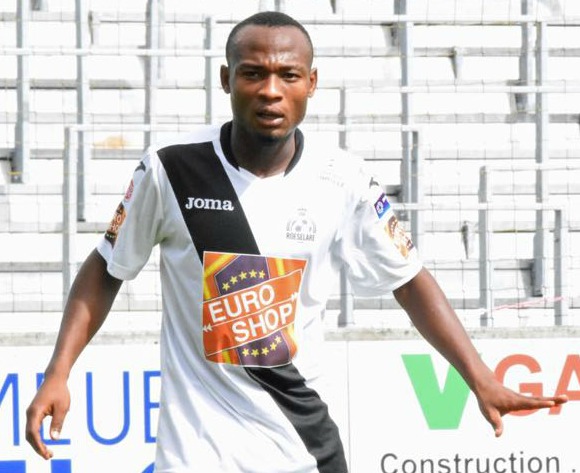 Godwin Saviour has said he has found new energy after a short holiday in Nigeria to be fresh for a first-team shirt battle against Gambian star Ibou Sawaneh at promotion-chasing Belgian club KSV Roeselare.

Saviour lost his place to the more experienced Sawaneh before the holidays.

Saviour has three goals in 15 appearances, while the 30-year Gambian forward, who has played for several Belgian clubs since 2008, has now scored five goals in 17 games.

“He took his chance and scored more goals,” said the Nigeria star.

“I am now ready to fight back after coming home to be with my family and friends. The visit helped me to recharge my batteries.”

Saviour’s club will resume their quest for promotion on Friday away at Antwerp.

They will win promotion automatically if they consolidated their leadership of the table in the second round of the second division league after they topped the first round.