5 Players who could lose Super Eagles places in 2017 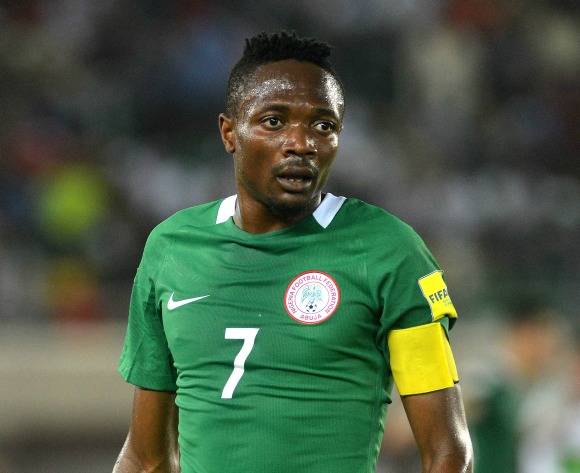 Eagles star Ahmed Musa - What does 2017 hold for him

The year 2017 will be a massive one for the Super Eagles as it is this year that will determine whether Nigeria qualify for a sixth FIFA World Cup.

Already, they made a great start in 2016, winning their first two group games and top their section coming into the New Year, but there won’t be any games until August, when the qualifiers resume.

Last year, some players made a good impression and some others showed huge potentials.

However, there were some who neither made good impressions nor showed any potential. So during the period between now and when the qualifiers will resume, there are a few players who must step up or step out.

Who are the five players who must buckle up this year or risk losing their places in the Super Eagles?

A fine goalkeeper no doubt, but he hasn’t exactly done much to displace Carl Ikeme as the first choice.

His last outing didn’t inspire confidence and while it wasn’t a particularly awful performance, his erratic display against the Algerians wouldn’t have done much to endear him to the coaches.

At 30 (he’ll be 31 in March), he is not exactly old for a goalkeeper, but he must know there won’t be too many opportunities to prove himself. He is certainly one who risks losing his place this year to younger rivals like Dele Alampasu and Ikechukwu Ezenwa.

You don’t know what to expect with this lad, hugely talented but consistently disappointing.

He is yet to put in above average performances since the 2014 World Cup, and with Super Eagles coach Gernot Rohr showing a bias for playing the most in-form players, Omeruo must know he is running out of opportunities.

He is gradually becoming Nigeria’s error-prone defender after Efe Ambrose, and with more defensive options springing up by the day, he runs the risk of also losing his place.

At 23, and having been a regular member of the squad since 2013, you would expect him to have become a mainstay in the team’s defence, but rather, newbies Leon Balogun and William Troost-Ekong have taken his place.

He has to improve before August.

He has been a mainstay in the team since making his debut in late 2012, and was a key member as Nigeria won the AFCON the following year.

He was also a key member of the Super Eagles at the 2013 Confederations Cup and 2014 World Cup, but however, his influence on the pitch appears to be on the decline ever since that tackle against France at the World Cup round of 16.

Although he has continued to keep his place, recent games in Nigeria’s green and white suggest he is not as indispensable as he once was. And with the emergence of Wilfred Ndidi as a defensive midfielder, he will need to improve.

What a difference a year makes. This time last year, he was the talk of the town, as he was painting the Premier League red with goals and sublime performances, but he now looks a shadow of his former self.

Sadly, even at the height of his exploits for Watford, he wasn’t prolific for the Super Eagles but his continued selection was justified given his club form.

But now that he is struggling at his club, he is one player who probably stands the biggest risk of losing his place in the Nigeria setup.

He will need to start scoring again between now and August to remain in Gernot Rohr's plans.

Is he on the decline or it’s just a phase? Well, whatever it is with him, he needs to find his form back, and quick.

His move to Leicester City was heralded as a massive step in his career and while he began life at the King Power Stadium being a starter for the English champions, he later became an impact player and now can’t even seem to get a game.

And to make it worse, he has already lost his starting berth in the Super Eagles and if there are no improvements between now and when the qualifiers will resume, it may be a case of him being completely left out of the squad.