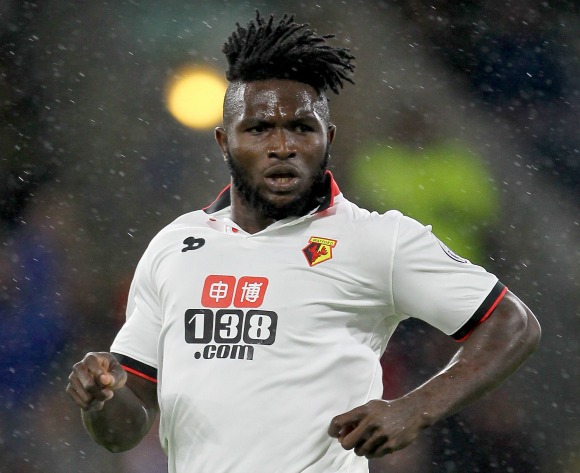 AfricanFootball.com understands that there is now strong suspicion in the camp of Watford striker Isaac Success his recent injury woes may be a curse by witches.

Benin City-born Success, 21 on Saturday, was a club record-breaking signing when he joined Watford from Spanish La Liga side Granada CF in the summer.

However, he has been mainly sidelined by injuries in his debut season in the Premier League when he was expected to take the competition by storm.

He has only managed eight appearances mostly as a substitute.

He is now not expected to return to action before the end of January after he suffered a knee ligament injury just before Christmas.

“His people are beginning to think that it is some people who are not happy with his progress who are chasing him with evil witches,” a source specially revealed.

"They are suspecting juju against the boy."

His injury troubles even meant Watford had to ship him out to see a specialist in Spain earlier this season.

He has also failed to honour a long-awaited Super Eagles call-up no thanks to these injuries.

It would be recalled that Success, whose parents are long separated, was entangled in a bitter ownership tussle after he shone at the 2013 U17 African Championship in Morocco and he was sought after by a rash of top European clubs.