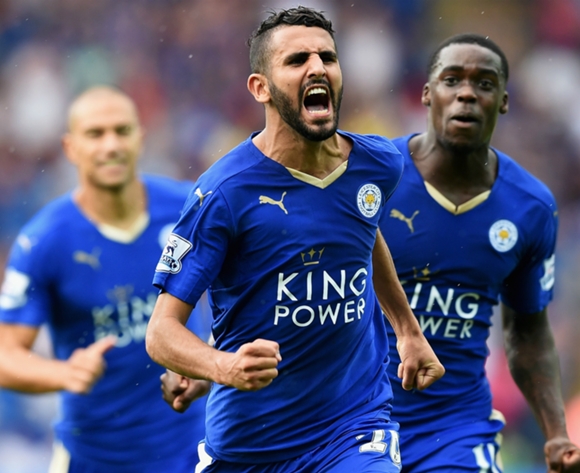 Algeria forward Riyad Mahrez is set to be crowned the CAF African Footballer for 2016 Thursday on the back of his contributions as 5,000-1 outsiders Leicester City stunned bookmakers to win the Premier League.

READ: Rohr says Mikel will still play for him even if he moved to China

Reigning African Footballer of the Year Pierre-Emerick Aubameyang of Gabon and Borussia Dortmund and Liverpool’s Senegal star Sadio Mane are the other players on the short list for the continent’s most prestigious individual award, which will celebrate its 25th edition Thursday night in Abuja, Nigeria’s capital city.

For this edition, CAF have announced those to pick the award winners besides member-associations’ national team coaches or technical directors to now include members of the CAF media, technical and development committees as well a panel of journalists and TV consultants.

Should Mahrez win the vote as Africa’s best player for the past year, he will end a 19-year absence on the podium of a player from North Africa since Morocco’s Mustapha Hadji did so.

Mahrez’s fellow compatriots Rabah Madjer (1987) and Lakhdar Belloumi (1981), Badou Zaki (Morocco, 1986), Mohamed Timoumi (Morocco, 1985), Mahmoud Al Khatib (Egypt, 1983), Tarek Dhiab (Tunisia, 1977) and Ahmed Faras (Morocco, 1975) are the other players from the Maghreb to be so recognised when the awards were organised by France Football magazine.

In May, Leicester, who were tipped to again battle against relegation, clinched the Premier League crown with the 25-year-old Mahrez a key figure in this football Cinderella story.

Like Leicester, the right-sided forward was of a humble beginning - a slightly built player blessed with intricate ball skills who started out with hometown club AAS Sarcelles in 2004.

He said the tragic passing of his father when he was only 15 pushed him to achieve more in his chosen career.

"I don't know if I started to be more serious, but after the death of my dad things started to go for me. Maybe in my head I wanted it more,” he reflected.

Last season, he played all but one of the games and scored 17 goals as Leicester clinched the Premier League championship.

He will be picked as the PFA Players’ Player of the Year and he recently scooped the BBC Best African Player Award for 2016.

Aubameyang and Sadio Mane stand between Mahrez and yet another milestone.

For the 2015 awards, Gabon skipper Aubameyang was a surprise choice ahead of Yaya Toure of the Ivory Coast and Manchester City.

His goals at Dortmund handed him the continental crown and this past year, he remained prolific in front of goal – 25 goals in 31 appearances in the Bundesliga.

Mercurial Mane, on the other hand, became the most expensive African player when he moved to Liverpool for a transfer fee of 34 million pounds last year.

The 24-year-old winger has since justified his high price tag, scoring nine goals in 19 matches for Liverpool this season.

African champions Mamelodi Sundowns have two players – Khama Billiat of Zimbabwe and Denis Onyango from Uganda – in the running for the best African-based player.

Zambia skipper Rainford Kalaba is the other contender for this award after his exploits with TP Mazembe in last year’s CAF Confederation Cup.

Nigeria youngsters in the Premier League Kelechi Iheanacho and Alex Iwobi are top contenders in the various award categories, while the country’s team who won bronze at the recent Rio Olympics are gunning for Team of the Year.