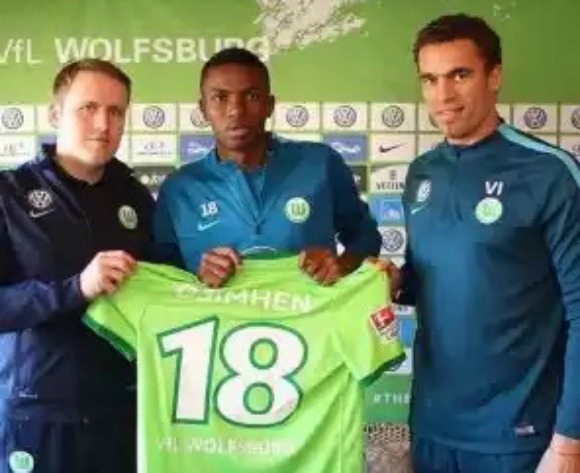 Nigeria youngster Victor Osimhen has said he is at German Bundesliga Wolfsburg to learn after he signed a three and a half year contract today.

“I am here to learn and wait for my time,” said an elated Wolfsburg.

He first signed a pre-contract  to join the top German club last year.

He has been handed jersey No 18.

He was presented to the media at the Wolfsburg training base in Spain, where they are preparing for the resumption of the Bundesliga season.

Wolfsburg will be home to Ausburg on January 28.

The Wolves are 13th on the table with 16 points from as many matches.