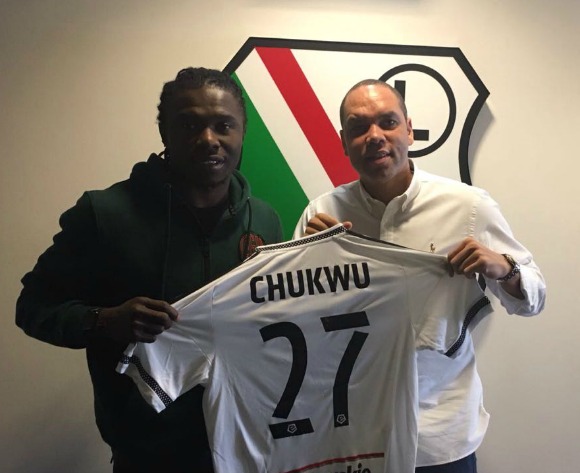 Nigerian striker Daniel Chima Chukwu has returned to Europe from China to join top Polish club Legia Warszawa on a contract for three and a half years.

He has been handed the No 27 jersey.

He considered Legia ahead of several offers from Japan, MLS and China.

Last year, the 25-year-old Chukwu featured for Shanghai Shenxin as they missed promotion to the Chinese top league.

He has previously played for Norwegian clubs Lyn Oslo and Molde.