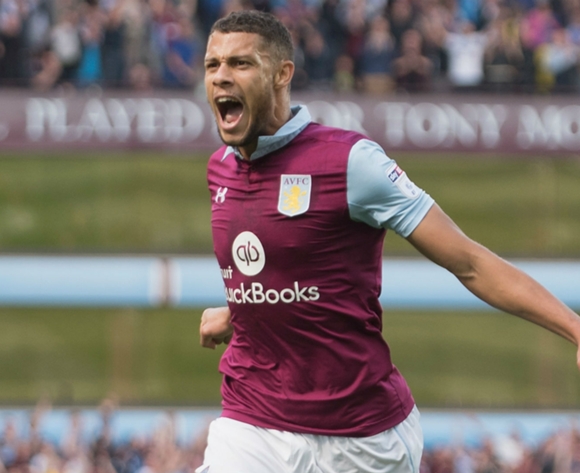 Middlesbrough striker Rudy Gestede during his time with Aston Villa

The West African striker arrived at the Riverside earlier this week to complete a £6million move from Villa and return to the Premier League.

Karanka is hoping that Gestede’s arrival will boost his side’s attacking power, with Boro having managed just 17 goals in 20 Premier League matches this season.

“I think he's a really good player for us. He gives us something different, he gives us things that we can't (do) at the moment and I am really pleased because he was here the first day that he could be here,” said the Spanish manager.

"I am really pleased because with him, we are adding a good player and a good person."

Karanka is hoping that Gestede is the first of several arrivals at the club, as they look to boost their squad in order to avoid relegation from the English top flight.

“I hope we can bring in more players, especially with the injuries we have had we need a little more," Karanka said.

“I think we need to improve in the attacking positions, and I hope we can bring in someone who can play on the wings.

“If the right offers arrive and the players want to leave, I have always said that I will help everybody."