Afelokhai: I won't sit on bench for Ghana's Fatau Dauda 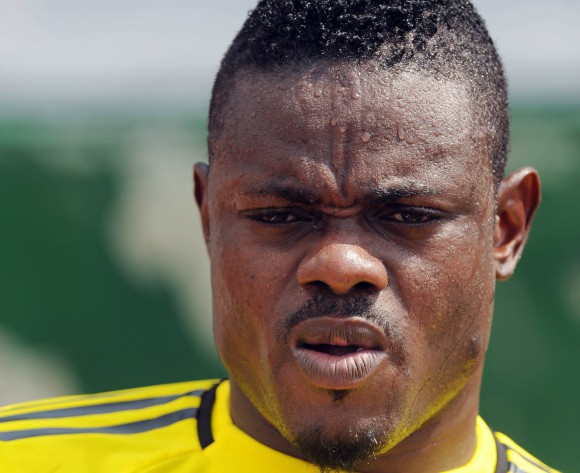 Theophilus Afelokhai has said he does not hope to sit on the bench for Ghana goalkeeper and Enyimba star signing Fatau Dauda.

It will be a battle of goalkeepers at Enyimba in the new NPFL season as experienced shot stoppers Afelokhai and Dauda as well as new signing Friday Achimugu will slug it out for first-team action.

Afelokhai said he is up to the challenge.

“The arrival of two goalkeepers in our camp will make it more competitive, most especially the arrival of Black Stars goalkeeper Dauda,” said former Kano Pillars star Afelokhai, who is one of the highest paid players in the NPFL.

“Dauda has been around for some time with his country’s national team, he has also played in South Africa with Orlando Pirates and Chippa United. No doubt he has the quality and this can only be good for Enyimba because they have another experienced hand joining me.

“I love challenges for first-team shirt and I have never been a second-choice goalkeeper right from my first professional club Buffalo FC, an NNL side in Kano, to Kano Pillars, where I kept for 10 years.

“I was the best ‘keeper in the league again last season, this is four years running. This is very remarkable for my career.

“I hope to work hard knowing fully well the other goalkeepers are capable of being in goal for Enyimba.

“I am mentally and physically ready for the new season.”