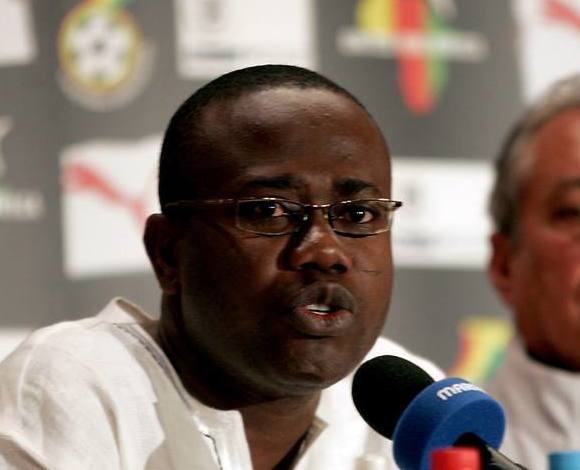 Ghana FA president Kwesi Nyantakyi has called on the country’s football fans to give their full backing to the Black Stars ahead of the 2017 Africa Cup of Nations.

Avram Grant’s team head to Gabon 2017 looking to end their long wait for a return to the top of the African game: Ghana won the last of their four AFCON titles back in 1982.

They nearly claimed the trophy in 2015 but fell to a penalty shootout defeat to Ivory Coast in the final, with that near miss following on from their calamitous showing at the 2014 World Cup in Brazil.

The 2014 fiasco turned many fans away from Ghana’s senior team, but Nyantakyi believes the interest is coming back, especially with the AFCON on the horizon.

“I did not get that impression that Ghanaians are still disappointed when I attended the team’s training sessions at the St. Thomas Aquinas Park. Well they were disappointed in 2014, 2015 or 2016 but I believe that Ghanaians have forgiven the team now," he is quoted by the Ghana News Agency.

“The interest is now coming back. I can see a renewed interest from Ghanaians and that was demonstrated by level of attendance at the training grounds and it shows that if the team does well, we will win back everybody, I can say convincingly that majority of Ghanaians will be back to support the Black Stars.

“I will want to appeal to my fellow Ghanaians to should forgive the team for the mistakes of Brazil 2014 and rally behind the team as we head to Gabon for AFCON 2017. It is the expectation of every Ghanaian that we will win this trophy but that will not happen with a divided front.

“We all saw what happened in AFCON 2015, we were very close but unlucky to win, now we have to work on the psychological build-up of the team, good preparation and motivation for the squad. We need to build a strong team to win the cup that’s the wish of every Ghanaian.

“We need your support, we need the prayers of everyone regardless of where you come from, where you live or what you do. We need a united Ghana behind the team to win the Africa Cup of Nations."