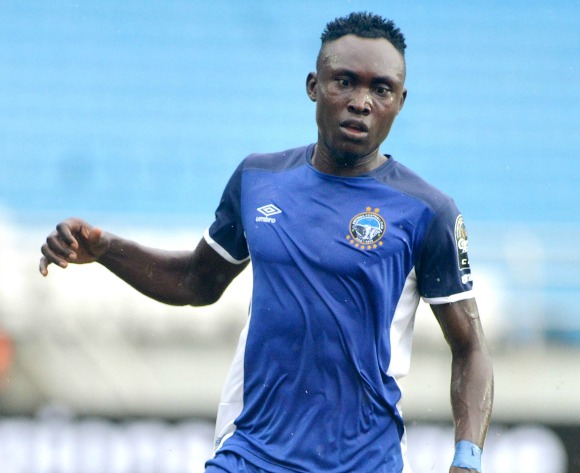 It was a good workout for both sides with just days to the start of the 2016/17 NPFL season and the Enyimba coach Gbenga Ogunbote said they ought to have put away their chances.

“I am still not completely satisfied (with the state of my team) but it is still a team in the making,” he said.

“We should have scored some goals in the game and we need to work on correcting those mistakes.

“Even if we had won (against Rivers United), we still would have had a few things that we need to perfect.”

“It was a good game and Enyimba played well,” he said.

“We had scoring chances, but failed to convert them and that is something that we really need to work on.

“All the same, that is why these sort of matches are played; to help us identify and correct mistakes.”

Rivers United started on the front foot at the UJ Esuene Stadium and should have opened the scoring in the third minute, but Emeka Ogbugh failed to reach Bolaji Sakin’s cross on the far side.

Emeka Atoloma also had a clear sight of goal, but failed to score in the 19th minute following impressive work by Nzube Anaezemba and Lukman Mohammed, who combined delightfully to carve open the Enyimba defence.

‘The Pride of Rivers’ were the dominant side in the first half and were extremely unfortunate not to finally get off the mark in the 35th minute, when Anaezemba missed an open goal with a right-footed drive which flew marginally wide.

The visitors continued to enjoy the better of the goal scoring opportunities in a frenetic half with Ogbugh fluffing his lines twice within a minute as the first period came to an end.

Enyimba also had their moments too, most notably in the 36th minute when Joseph Osadiaye’s fierce long-range drive failed to trouble Sunday Rotimi in the United goal.

If the first half belonged to United, the second was pretty much all about the People’s Elephants as they pinned the Port Harcourt side to their half for most parts.

Osadiaye, Ifegwu Ojukwu, Stephen Chukwude, Ikechukwu Ibenegbu and Mfon Udoh all came close to scoring for the two-time African champions in a second half that ebbed and flowed.

Ibrahim Mustapha missed the best chance of the game, four minutes after the restart as he managed to plant a free header wide from two yards after he was played in by captain, Udoh on the right.

Rivers United and Enyimba will both open their respective league campaigns with tricky home fixtures on Sunday.