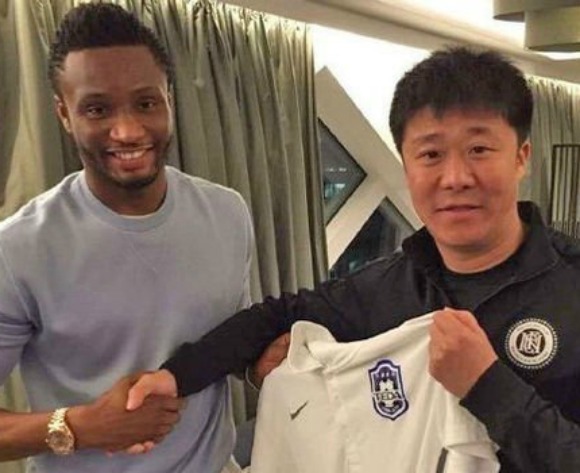 Super Eagles captain Mikel Obi debuted for his new Chinese team Tianjin Teda on Wednesday when he starred in a friendly game against Borussia Monchengladbach II.

Mikel, who was Chelsea player for ten-and-a-half years, joined Chinese team on a three-year deal and will reportedly earn 140,000 pounds a week.

Eagles coach Gernot Rohr has assured that as long as the experienced midfielder is playing well in China, he will be part of the national team.

“We can still follow him on the internet and as long as he is playing well, he remains in our plans,” Rohr stated.

"I am happy he will play in China and not sit on the bench at Chelsea."