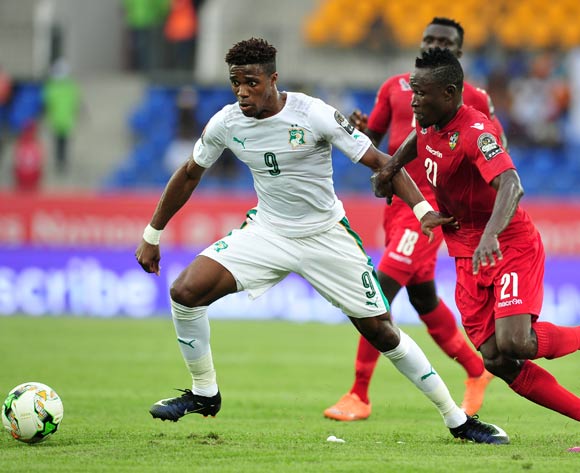 Hello and welcome to the live commentary of the 2017 Africa Cup of Nations Group C game between Cote d'Ivore and Togo at the Stade d'Oyem on Monday, January 16.

Thank you for joining us for the first Group C game between Ivory Coast and Togo which ended in a 0-0 stalemate which is also the first goalless draw of the tournament.

89' - Togo sub: Boukari comes on for Adebayor as the Sparrow Hawks make the last change of the game.

85' - Togo look happy to sit back and defend in numbers with less than five minutes left on the clock.

82' - Togo sub: Akakpo comes on for Laba as the Sparrow Hawks make their first change.

80' - Ivory Cost have a chance to score from a free-kick near the Togolese box, but Aurier's effort from the set-piece hits the wall.

77' - CHANCE! Bebou's cross finds his Togo teammate Laba, who heads over the crossbar from close range.

75' - Less than 15 minutes left on the clock and it remains goalless here at the Stade d'Oyem.

65' - Ivory Coast sub: Doukoure comes on for Seri as the Elephants make the first change of the game.

62' - No changes made by either side thus far as we pass the hour-mark.

60' - Ivory Coast winger Zaha beats his marker and he fires over the crossbar as the defending champions continue to search for the opening goal.

55' - Kodjia misses the target from close range with the Togolese defence caught napping, but the Ivorian striker is ruled off-side.

50' - The Ivorians have began the second-half lively as they are pressing the Sparrow Hawks.

40' - Five minutes left before the break and it is still goalless.

37' - Play is stopped as Togo attacker Ayite is down injured after a sliding challenge from Die.

35' - Togo keeper Agassa does well to punch away a curling effort as the two sides begin to push for the opening goal.

32' - GREAT BLOCK! Togo midfielder Dossevi has a chance to make it 1-0 to his side, but his effort is well-blocked by onrushing Ivory Coast keeper Gbohouo.

30' - Ivory Coast midfielder Die whips a dangerous curling corner-kick into the Togolese box, but it is cleared away as the Elephants continue to search for the opening goal.

25' - It remains goalless between Ivory Coast and Togo as we approach the half-hour mark here at the Stade d'Oyem.

20' - Ivory Coast have struggled to keep possession in the final third and Togo have intercepted most of their passes thus far.

15' - The Elephants are starting to take control of the game and even, Togo striker Adebayor is forced to drop back, and assist in defence.

10' - Togo have enjoyed some good possession thus far as they look to penetrate the Ivorian defence.

5' - Ivory Coast looking to take advantage of Kodjia's height as they are playing long balls for him in the Togolese box.

1' - The match is underway here at the Stade d'Oyem.

The Elephants and the Sparrow Hawks are both on the pitch as kick-off approaches.

The Sparrow Hawks finished at the bottom of their qualifying group and they failed to reach the last finals in Equatorial Guinea.

Togo are back in the Africa Cup of Nations (AFCON) finals after missing the 2015 tournament which was won by Ivory Coast.

Former England international Wilfried Zaha is set to make his competitive debut for Ivory Coast. The winger switched his international allegiance from England ahead of the tournament.

Salomon Kalou, who is the most capped player in the current Ivory Coast squad, will lead the Elephants' attack this evening, while Togo's all-time top goalscorer, Emmanuel Adebayor starts upfront for the Sparrow Hawks. 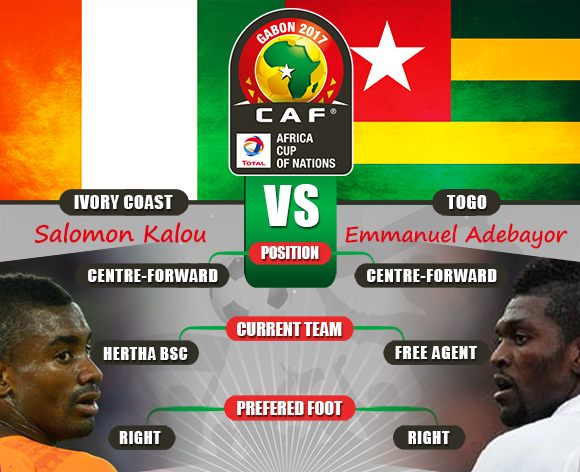 The Elephants of Ivory Coast beat Togo's Sparrow Hawks 2-1 thanks to two goals from Gervinho and Yaya Toure.

The two sides met during the 2013 Africa Cup of Nations (AFCON) finals in South Africa. 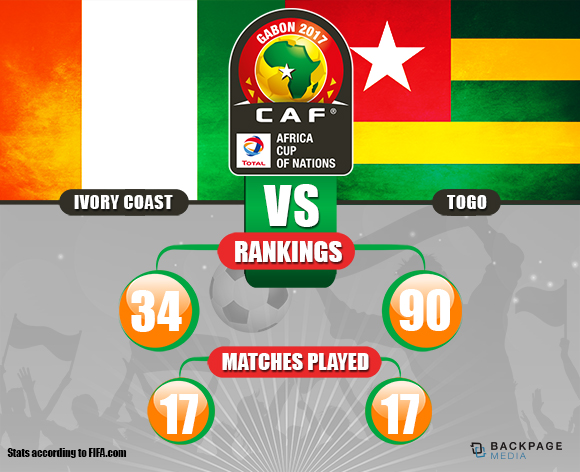